How does a government investigation into pharmacy oversight and ownership drive legislative changes to remove patient protections and increase drug sales in pharmacies?

For those unaware, Queensland Health recently announced an extension of a pharmacy-based urinary tract infection (UTI) management pilot until June 30, 2022. a 2018 parliamentary inquiry into pharmacy.

It allows pharmacists to prescribe antibiotics to women between the ages of 18 and 65 in whom they diagnose an uncomplicated urinary tract infection; eligibility and “diagnosis” are done via a multi-question protocol.

With others, the pilot is controversial.

Legitimate community concerns were raised, not the least of which were long-term questions regarding the relationship between the Guild of Pharmacy and all levels of government through political donations – that is, the was health policy dictated by the financial lobbying of a group of pharmaceutical companies rather than by a convincing clinic? need?

These concerns were compounded when the medical press revealed that the trial’s assessment was based on superficial standards rather than typical academic assessments. For many, the trial is seen as the government’s endorsement of pharmaceutical marketing that promotes pharmacies as convenient and easily accessible healthcare providers.

In the UK, where pharmacists prescribe similar UTIs, pharmacy chain Boots has introduced a “cystitis test and treat service” in 37 stores and has stocked cystitis tests in nearly 300 stores across the UK. UK. It has seen the rapid commercialization of diagnostic kits, e-technology tools for automated prescription of antibiotics, complementary therapies and related products.

The diagnosis and prescription of urinary tract infections are the entry ticket to these systematic sales.

Globally, the urinary tract infection treatment market is estimated to be worth more than US$10.3 billion (AUD$14.31 billion) per year and pharmacy groups want to be part of it.

In the meantime, clinical concerns have been raised by various health organizations regarding:

These concerns were dismissed by the Pharmacy Guild’s usual responses of “turf war” or “it’s happening elsewhere, so it’s fine in Australia”, rather than a genuine response to the arguments.

To date, demand for the pharmacy trial service has been very limited. By December 2021, 1,895 pharmacists had completed the mandatory training, only 6,300 women had accessed the service over the 18-month trial period.

That’s a little over three patients per pharmacist or one patient every six months. No evidence of a compelling need here, and there has never been convincing evidence that such a need exists.

Now, with few clinical evaluations available to the public, the decision has been made to continue the trial until June this year. Senior Investigative Pharmacist Professor Lisa Nissen reportedly said ‘the six-month extension must allow her time to go through the government and the legislative process to create a permanent model’.

That is, the prescription of UI by a pharmacist seems to be a fait accompli – regardless of the results of this “trial”, or even the outcry of the elements within their own profession.

There is no need to look any further than Aryan Shahabi-Sirjani, president of the Antimicrobial Stewardship Pharmacist Network, who last year called for the trial to be halted over fears it would risk accelerate antibiotic resistance in the community. 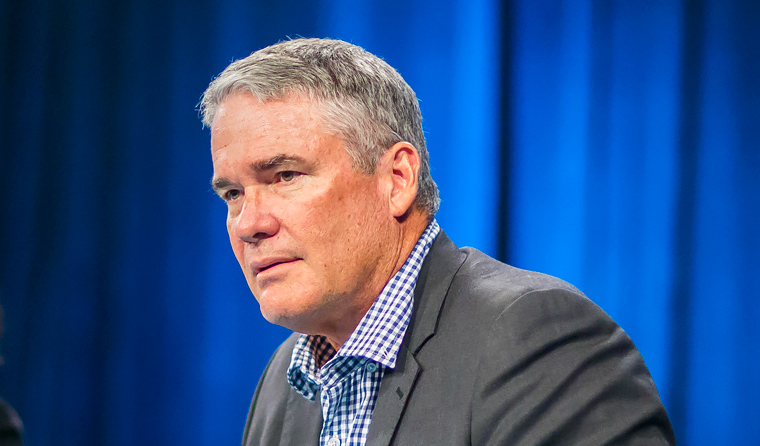 Conflicts of interest aside, this trial also created an additional 1900 antibiotic prescribers through a three-hour training module. Passing the exam may equate to knowledge, but does not represent skill or experience.

And since diagnosis and eligibility are done via a simple list of questions, it won’t take long to find out which answers guarantee an antibiotic – despite current Australian treatment guidelines stating that most women under 65 are treated with symptomatically (without antibiotic therapy) for an uncomplicated acute illness. cystitis becomes asymptomatic within a week.

This is a highly nuanced approach supporting improved knowledge of the natural history of uncomplicated UI, with judicious prescribing of antibiotics in low-risk patients due to the very low risk of complications.

In contrast, the pharmacy model promotes convenience, immediacy, and quick access to antibiotics without a prescription due to the “urgency” of the problem.

‘Faster a UTI [sic] can be diagnosed and treated, or referred to another health care provider if necessary, the less likely the patient is to experience further complications that could lead to hospitalization,’ said the Guild’s Queensland branch president, Chris Owen, in a statement celebrating the program expansion.

For uncomplicated urinary tract infections, this is a patently false statement. It’s the complicated UTIs that are the problem. Clearly, pharmacy has promoted a clinical intervention that is contrary to national recommendations.

I have not seen a pharmacy or a government representative address this contradiction.

Pharmacies can be convenient and accessible, but pharmacists are not. They are also busy, with a usual workload involving issuing prescriptions. From a health management perspective, we also have no insight into the backgrounds, workloads, or skills of the pharmacists who make these clinical decisions.

What we do know is that with non-prescription drugs the advice is often not provided or is of poor quality. There are also high rates of overtreatment and overselling of drugs, with pharmacists ignoring eligibility criteria and failing to adhere to legislation or clinical protocols, or having poor proper medical guidance practices.

The retail environment of a pharmacy is not a place for judicious use of antimicrobials. History shows that sales of vaginal antifungals and chloromycetin eye drops in Australian pharmacies increased dramatically when prescriptions were restricted to pharmacists.

No number of academic studies describing the relevance of pharmacy prescribing in controlled study environments will surpass the known actions of community pharmacy in the real world.

In addition, the usual consumer guarantees for Schedule 4 drugs have been removed by law. Specifically, the usual protections of dual clinical supervision with prescriber/dispenser separation and the absence of financial conflicts of interest (i.e. a prescriber cannot make a financial profit from a prescribed drug) are absent.

The initiative is not in line with current evidence-based practice or complementary to the Australian healthcare system. Shifting clinical decision-making to a retail setting also does not support our national antimicrobial health stewardship priorities or the women it is meant to serve.

If promoting pharmacy antibiotic sales and services on the pretext of convenience takes precedence over good health care, then antimicrobial stewardship as a national priority is dead.

GPs will be stuck between a rock and a hard place. They will be forced to work with a business-oriented pharmacy model that they do not approve of. They will be the clinical support service, managing overdiagnosis, misdiagnosis and treatment failure.

The outcry from medical groups is justified.

While governments have a mandate to govern as they see fit, it is important that consumers and national health priorities are not sacrificed for the benefit of corporations. Selling drugs and antibiotics under the guise of convenience is bad health policy with little societal or professional benefit, other than pharmaceutical business.

Most importantly, we should support the wisdom of a national antimicrobial stewardship program and implement systems of care that support judicious, evidence-based use.

The prescription of antibiotics by pharmacists is not one of them.

Hopefully the wiser leaders of government, medicine and pharmacy will reject the prescription of antibiotics in pharmacies.

newsGP weekly poll
As a general practitioner, do you think pharmacists should be allowed to prescribe antibiotics?